In 2014 we were approached by Kate at Absolute Architecture, a small high-end architectural practice in West Berkshire. She asked if we could pick up and improve their digital marketing, including the website 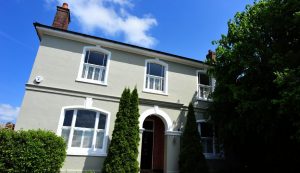 (which had unexpectedly gone offline), the emails (they were getting inundated with junk), and the social media (they had a dormant Twitter and a nearly dormant Facebook page, and that was it). Oh and could we try and get them to the top of Google please – and no, they were nowhere near it despite spending a good amount on Adwords!

Over the following 18-month period we resurrected and rehosted the website, gave it an overhaul and update, and optimised it to the hilt, improving the SEO front and backend. We also redirected the email through the supplier we use for all our security-conscious clients because they are brilliant at tackling junk and spam and stopping hacks.

Once everything was looking lovely and working smoothly again, we then tackled the marketing. We rebooted Twitter and set it up so it worked properly for marketing purposes, then set up Pinterest and Instagram, and realigned Facebook. Once all of that was done we then got to work doing what we really do best ie the “magic bit”, and by this we mean improving the alignment between the website and the social media so everything worked together to create social traction and get them to the top of Google search ranking for their keywords and their niche. 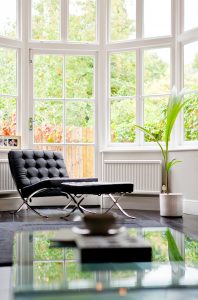 A lot of research and effort went into identifying – and then connecting with – the right audience and being engaged and responsive on social media, rather than just using it as a PR announcement channel as the company had done previously. We connected what was happening on social media with content and set up a marketing funnel to measure enquiries and responses off the website.

Over the initial 6-month period we saw the numbers of followers on social media grow by over 500% on each network and the traffic to the site increase by 58.08% with page views up by 23.70%. Engagement was consistently high (hovering around 75%) and the click throughs were amongst the best we’d seen for a small business, with posts getting on average of 150-200 clicks pretty much every time.

The best bit, however, was that within the year Absolute Architecture was at the top of SERP for all their search terms and keywords. In fact, they were dominating Google for any enquiry to do with architecture or interior design within the local area, in fact up to 80 miles away.

In fact, traffic and enquiries improved to such a point that in 2016 Kate asked us to “switch off the SEO” as they were inundated with enquires and couldn’t handle it as the marketing executive had recently moved on and they had yet to fill his position. However, after looking at it more closely with her, we resolved the problem by altering and removing some of the keywords and setting up a more refined marketing funnel that would filter out time wasters before they actually reached her desk.

It’s fair to say that Kate is very happy with everything we have done for Absolute Architecture, so much so that we are now working on her second business, English Cross. This is a turnkey architecture and interior design solution for people who are too busy or too far away to manage the build or major renovation themselves.

As she said: “Can you wave the magic wand again, please?”