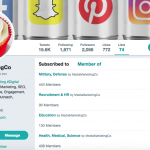 Why Use Twitter Lists for Marketing and Sales? Twitter lists are a great tool for marketing and sales. They are versatile curation aid and a brilliant research tool that are still largely ignored by the vast majority of users. This is a shame because they are invaluable for giving your social media marketing, social sales, and social […] 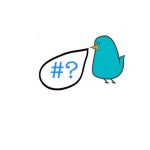 I confess I love hashtags (#). Initially created in 2007 as a way of chatting with, focusing on, and following specific conversations on Twitter, they quickly became widely popular on all the other social networks as well as offline. However, despite their widespread cultural usage, there is still confusion about when to use them for business, […]

Tech NewsJune 2009 Companies that rush to get involved in the latest cool social site can end up losing out warns Yomego MD The latest craze is for Twitter and Steve Richards says that while its potential power has already been very cleverly demonstrated by some brands, others could be disappointed. These warnings follow recent […]