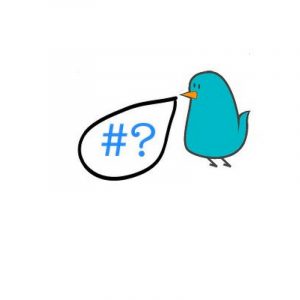 Twitter has become de facto for spreading news and disseminating information across all walks of life, from the media and politics to natural disasters. It has also become an important gauge by which public opinion is measured. It has been used to predict all sorts of results, from stock market rises and falls, the outcome of television competitions such as X factor, to the results of local and national elections.

However, the sheer flood of information coming at you in such a fast and furious manner can make it hard to actually find what you are looking for. So in this blog we will look at how using Twitter Lists and Hashtags can make your life easier and help you promote your business or charity more easily on social media.

The Twitter Lists function is a versatile curation tool and it has many uses. First of all you can create a list of anything and add anyone on Twitter to it. It can be private or public.

If it’s private, only you can see it. If public, then obviously everyone can view it. They can also follow it and get the updates by people on the list in their Twitter stream.

You can add whoever you like to your list, and you can be added to anyone else’s list as well. You can also follow any ‘public’ list you fancy, regardless of who set it up or whether you are following them or not.

The beauty of using Twitter lists is that they help you organise Twitter feeds in to easily accessible groups, enables you to find groups other people have already curated and so give you access to Twitter accounts of interest. They also allow you to ‘follow’ a lot of people without actually following them, by either adding them to your own list or by following someone else’s list.

So, for example, if you are a college wanting to keep an eye on what other colleges or schools are doing, you might create your own list or subscribe to lists your followers have already set up, such as the ‘Education’ list we have set up. Alternatively you could use Listorous to find larger lists, where you will find lists covering all sorts of topics, from politics to art. Thirdly you could find and curate Twitter lists on Listly or Listerly.

Personal lists do tend to work best, however, as they are driven by what you are actually interested in and engaged with. So you can create lists of your community (the Met police has one of all the Met Police Twitter accounts, for example). Or you might create a list of other similar organisations, the media people you work with (such as the EU’s press list), or organisations you partner with. Other list types might be your suppliers, clients, sponsors, contributors, or the finalists in an award you are running, or indeed anything that interests you.

Finally, being added to someone list is akin to being accredited. It means your output is of interest, which is great. It also adds to your general online expert status, which will then raise the number of times you come up in search or Twitter recommendations for your area of expertise, so helping other people interested in what you are saying find you more easily.

In the early days Twitter had no ‘chat room’ function, so to get round we started using the hashtag (#) as a way of chatting with, focusing on, and following specific conversations within Twitter. Hashtags still function this way today and their use can be broken down into three main areas:

• As a way of finding areas/topics of interest on Twitter

• A way of hosting, joining or following conversations in your area of interest

Hashtags are more immediate than a curated list, and can range from the serious, (#socialgood, #edtech, #bbcqt), to popular programmes/celebrities (#thevoiceUK, #ladygaga), events (#UKelection, #LondonRiots, #Norfolkwinter), to the downright frivolous (#EveryoneHasThat1Friend, #WeLoveGagaBecause.)

Where they are particularly useful for organisations is where they are used as discussion forums around a particular subject, for raising awareness, or finding out information.

So, for example, when the UK charity St Dunstan’s rebranded to Blind Veterans UK, we created a hashtag, #RaisetheFlags, which was used extensively in the lead up to the brand change and on the day itself.

It served as an information point to raise awareness of the brand change and for the media covering all the PR events across the country, and it proved very popular with the charity’s supporters as well. If you would like to see how it worked in practice you can see how it was used throughout the day here on their Storify [Update: As of 2016, unfortunately, Storify  has closed down].

Hashtags can also be used for sharing live information during events (known as a Tweetup) or for having online discussions with your peers or fellow enthusiasts, such as the weekly #MHchat, which covers mental health research and practice across the UK and USA – for their Twitter feed see @mhchat2323.

Update:  Since I first wrote this article in May 2012, Hashtags have now been adopted on Facebook, Instagram, Tumblr and Pinterest, in exactly the same way as they are on Twitter, thus proving that they work.